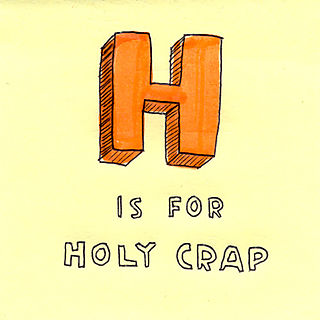 Only nine months into my job as the food critic at the Houston Press, I was nominated for a James Beard Award today for my “Designer Meats” feature. Considering the fact that only two years ago, I was working [somewhat miserably] in the human resources department of a cement company, I’m gobsmacked to say the least.

It’s especially ironic considering that the feature for which I’m nominated was one that caused an enormous ruckus (or so I’m told; none of the chefs interviewed have ever said a single word to me about it) in the dining scene when some of the charcuterie discussed in the article was destroyed by the Health Department. I didn’t know about this until quite a bit after the fact, and was distressed to hear that it had happened. Nevertheless, all of the chefs I spoke to for the feature were well aware of any possible risks in publicly discussing their charcuterie programs. And examining both sides of the issue is what makes a piece actual journalism as opposed to a one-sided fluff piece.

I’m still stunned and shocked to have been nominated for anything at all, and it’s all thanks to this wonderful video of Catalan’s Chris Shepherd butchering a pig. The feature was nominated in the “Multimedia Food Feature” category and it wouldn’t have been at all possible if Chef Shepherd hadn’t graciously allowed me into his kitchen and let me witness the fascinating act of breaking down an entire half a hog.

So to Chef Shepherd and all the chefs who participated in the feature — Ryan Pera of Revival Market, Justin Basye of Stella Sola, James Silk and Richard Knight of Feast — and to Robb Walsh, my fellow nominee and the man who brought me to the Houston Press in the first place…thank you. Of course, there wouldn’t have been a feature in the first place without my incredible editor Cathy Matusow, without whom I wouldn’t be half the writer I am, and the beautiful charcuterie photos from Troy Fields. And it wouldn’t even have been considered for a nomination if my awesome editor-in-chief, Margaret Downing, hadn’t believed it in enough to send it in. There are so many people involved in one piece and they all deserve to be thanked, repeatedly and profusely.

Stay tuned when I go to NYC in May to attend the awards ceremony, try to keep from vomiting every time I see a famous person and lose to Andrew Zimmern, because…really. It’s Andrew freaking Zimmern. It’d be an honor to lose to a man who’s eaten squirrel brains and lived to tell.

20 thoughts on “Why I’m Crying Today”